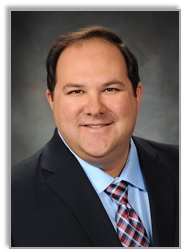 Keith Hinton joined FC Construction Services as the Vice President of Operations at it’s inception in February 2001. His primary responsibility was the design, site selection, build out, staffing and corporate oversight of FC-CS’s storefront locations. Mr. Hinton’s responsibilities have subsequently grown to include company wide operating policy and procedures; plus the design, implementation and oversight of RFID access control systems.

Prior to joining FC-CS, Mr. Hinton spent ten years as a Flight Officer in the U.S. Navy and holds the rank of Lieutenant Commander. He accumulated over 2,000 total flight hours, including 1,000 F-14 Tomcat flight hours,
and participated in operations throughout the Mediterranean and Persian Gulf, including tours enforcing No Fly Zones over Bosnia and Iraq.

Mr. Hinton holds a B.A. in Economics from the University of Texas, Austin. He and his wife of 26 years reside in Parker, Texas.